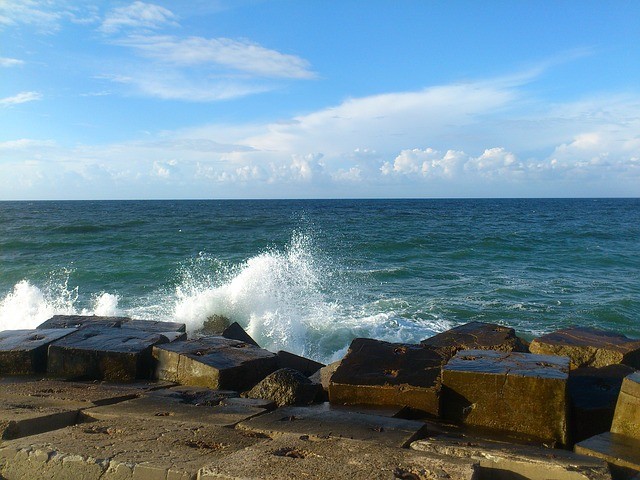 The capital of Egypt during the new kingdom, “The pride of the Mediterranean sea” as the Local Egyptians call it nowadays. It ranked 3rd largest city after Cairo and Giza. Was initially established by the Greek king Alexander the Great, of whom it derived its name,  in 331 BC.

A port city that is an intersection of three continents, which made it a place where people and cultures coincide smoothly. It had been of quite historical and strategical importance during the Greek-Roman era as the major spot of Hellenic Civilization, and it is a popular tourist attraction and an imperative economic center thanks to its natural gas and near Suez pipelines.

Alexandria is a must-visitdestination while planning an Egypt tour, as it honeycombs with monuments that range from various eras. In this article you will get some usefull information about Alexandria top attraction to visit during your vacation in Egypt.

In the spirit of the original Biblioteca Alexandria, which was fully destructed about 16 hundred years ago, the brand new Alexandria Library was constructed. By the end of the 1980s, the Egyptian government alongside UNESCO settled on rebuilding a new library to be a center of research and to broaden the exchange of ideas.

The construction of the Alexandria Library is living evidence of how the universal integrity and solidarity should be, Building it is an asset to worldwide cooperation as many countries contributed to furniture and provide the Library with the finest and latest required equipment.

While the original library retained about 500000 scrolls and manuscripts, and tens of thousands of books on shelves, today’s library is trying to accumulate its unique collection about Egypt, the Middle East, and Islam.

It hosts temporary and permanent exhibitions, diverse museums, Alexandria Biblioteca is Egypt’s authentic reason to be proud of.

Located in the northern city of Alexandria,  they are considered one of the Medievalages seven wonders. Because of the prolonged time as the capital of Egypt,  many features of the Tombs of KomElshoqafamerged Roman, Greek, and Egyptian pharaohs cultural points, Some statues were Egyptian style but bore Roman clothes and hairstyle.

The burial ground that was used during the 2nd to the 4th century AD, the Catacomb of KomChoqafa is one of many other cemeteries that were popular in Italy and several Greek islands.

A nice story behind the discovery of such a formidable place, when a carriage-run donkey fell through a hole in the ground to one of the second floor out of the three levels consisted by Catacomb KomChoqafa.

The architecture of Catacomb is dazzling as it combines the decoration art of Roman, Ptolemaic, and pharaonic art.

The Arabic name KomChoqafa means the pile of broken pottery, as this place was honeycombed by them before the Catacomb discovery. The reason behind this pottery was vessels breaking in a symbol ofbreaking the evil spirits. As for the name Catacomb, it is derived fromhow to build this place by cutting, into the bedrocks, tunnels for the burial of the bodies.

Welcome to one of the rare monuments of the Medieval era, it is located at An-nfouchi district, Alexandria.  It was built by the Mamluk in the 15th century and was one of the most tremendous defensive fortresses. The citadel was commissioned, by Sultan Qaitbay between 1477 and 1479, to defend the city against the raids of Ottomans. Unfortunately, these efforts were in vain and the ottomans conquered the city in 1512.

A well-constructed and fully equipped with all the soldiers may be in need. It boasts spacious places for storing foods and accommodating soldiers and horses, their only commutes of transport.

The current architectural feature of the citadel is not genuine, as it is considerably damaged due to the British attacks on the city during the British invasion of Egypt in 1882.

Taken advantage of an existing location of the former Alexandria lighthouse,which was one of the medieval ages seven wonders before it was destroyed as a result of consecutive earthquakes, Qaitbay took advantage of a unique location and was likely to use the blocks or materials of the Lighthouse.

Being located in a tranquil destination, the citadel attracts fishermen and families alike. Visiting the place, enjoying the Magnifique views of the sea, the restaurants, and the Ice cream, is a joyous activity for a lot of people.

4- The Pompey’s pillar and the temple of Serapeum

With the Arabic name “AmoudAsswari”, the first word means pillar. because it looked like the pillar on ships “Sary” and the plural is Salary.

30meters long, Standing on the top of a rocky hill. This  Aswan-granite-made pillar was erected in the year 300 AD as a triumphal commemoration of the Roman Emperor Diocletian.

Its name is misleading and irrelatedto the pillar, it has nothing to do with Roman General Guais Pompey who was a rival of leader Julius Cesar, who fled to Alexandria then got killed there, yet this misunderstanding was claimed by the Crusaders.

The more significant than the pillar itself is what used to stand here even before the pillar, it is the archeological site of Serapeum, Alexandria’s defensive and sanctuary of Serpias, the greekand  Egyptian god of Alexandria. The temple of Serabieum was completely ruined by the early Christians, leaving Pompey’s pillar to be the monument remaining as a whole in Alexandria today.

The temple was attacked by the Jewish in 115-117AD, but it was the Early Christians who launched an assault on the pagan intellectual in 391 AD and destroyed the Serapeum temple and the Library.

Egyptian wealthy people used to escape the summer heatin Cairo to the milder coastline of Alexandria “ The Pride of the Mediterranian” as called by local Egyptians. The same situation applies to the royalty members. The khedive Abbas 11 constructed what used to be called Almontaza palace to be the royal residence in the summer for the Mohamed Ali family.

It can be called Almontazza complex as it boasts 2 palaces, the first and smaller (As-Salamllik)  was built by the Khedive Abbas11 in 1892. It had functioned as a hunting lodge and residence for his companion.

Another broader palace (Al-Haramlik) and spacious gardens were added to the complex in 1932. They were commissioned by King Fuad1 to be a summer palace. It is a combination of Ottoman and Florentine architectural styles, It boasts two towers,One of them rises significantly high above with lively Italian Rennaissance designs. The palace also characterizes by long open arcades facing the sea alongside each floor.

Former president Alsadat renewed the original Salamlek Palace as an official presidential residence. It was mostlyused by his successor president Mubarak.

The extended royal gardens are now open to the public as a common park and forest reservoir. Al-Haramlik-Montaza palace was transformed into a museum of the dynasty of Mohamed Ali family’s history where it showcases the family belongs, antiquities, and projects of arts.

The smaller palace As-Salamlik has become an adjacent hotel.

5 of the Best “Travel Fan” for White Noise + Buying Tips

What is expert evidence?